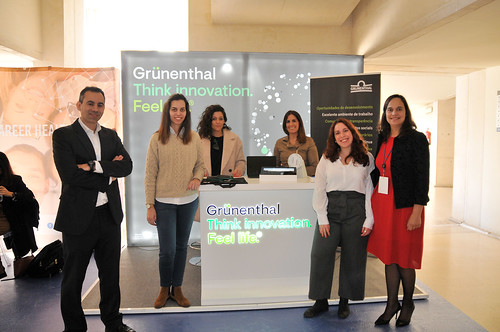 Having an interest in online business, I often frequent forums that are for people who have or want a successful online business. There is one theme that recurs time and time again, and one that touches me with sadness. That is, the number of people who sound despondent and want to give up. You may think that such an attitude would be confined to those who had at been trying to get their online business going for a year or more. Often, though, it might just be a month, or like an example today, three weeks.

Such a short term view is totally unrealistic. In that particular case, the person concerned was being given a kick start by a highly experienced and well known internet marketer, for free. He was complaining already, despite not having done anything himself, that he had so far received no benefit, and that the whole idea needed to be rethought, presumably so that he could be raking in a fortune inside another month without doing any work.

That sort of attitude is likely to lead to failure for a tough ambition such as making a decent income online. Success at anything normally involves taking one step at a time, sometimes along several parallel routes that, eventually, run into one and bring you success. With working online, for example, there are a wide variety of skills, methodologies and pitfalls, all to be dealt with methodically en route to success. Success does not come quickly unless you are very lucky; but those who are patient, have a vision, and are prepared to work hard, taking a step at a time, have a very good chance of succeeding….eventually.

I was not sure whether to feel sorry for that particular poster, or annoyed with him for complaining about what was some valuable free assistance from a genuine expert. In the end, I felt neither, and left him to find out the realities of life.

Most visions of success do really need a number of steps to be taken, and success cannot be achieved in one giant leap. A good example is with a professional qualification, such as the management accounting qualification for which I studied when I was younger. The end result, the “success”, was a certificate, but you could not just order that certificate. There were several series of steps:

2. To pass a stage, you had to pass each exam individually, which meant being well inside the top 40% of students for each one. Fail in one, and you fail the stage. That meant starting again.

3. Each examination required different skills, knowledge and practical application to succeed. Subjects were varied, such as computing, marketing, financial accounting, organisation and management, contract law, business law, and corporate planning. Each was a separate step, requiring a separate approach, with no scope to put a foot wrong. Each a big step in itself, with many little steps along their own route.

Once a stage was passed successfully, it was like starting all over again with another series of steps, each getting progressively more difficult. Many students fell by the way side or had to resit. There was no avoiding the necessary steps.

That is true of most ambitions in which you seek success. If success is really worthwhile in something, it is unlikely to be easy and simple. So it is best to bear that in mind when focusing on your goal.

Once you have a vision of your goal, you need to recognize all the essential steps to the goal’s realization. There is no harm in imagining the final success; visualization of fulfilment will help. However, you do need to give appropriate attention to each of the essential steps. In the professional qualification example, I hated business law, but had to give it special attention to pass, otherwise all my work on the other subjects in that stage would have been worthless. Having got through that stage, the next included company law, which was nothing more than a memory test. I hated that even more; but still had to pass it.

Most worthwhile goals have similar essential steps, which you need to recognise, and then devise a plan to address each step with whatever effort, knowledge, skills and practice you may need. Having formed your plan for each step, you can then set about them methodically, carving your way to success, one step at a time.

If you write down your goal, and then the individual, essential steps, you will have the great satisfaction of ticking off each step, and then stand back and see you have reached your vision. Your goal will be achieved.