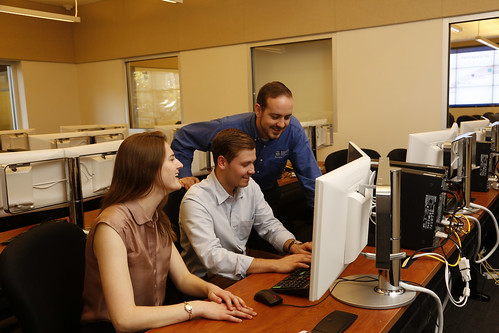 “Management” is an umbrella that covers a host of activities: leadership, working through others, planning, organizing, communicating, controlling, and making decisions, to name a few. How can you grasp all of these things? Fortunately, you don’t have to.

The basis of effective management tactics activity is to keep control of a situation without enough information, assets, or power to justify that control. That, as it happens, is also the essence of management.

In some ways management needs no introduction. Most of us do it one way or another every day—in families, social groups, clubs, and businesses. Management is universal; it exists whenever two or more people try to do something together. You may not notice this, however, because only mismanagement makes headlines. Planes arrive late, companies go bankrupt, orders are lost, and the Pentagon pays defense contractors several hundred dollars for parts that cost a few bucks Wal-Mart because management has somehow failed.

People become managers by several routes. Those who work for family-owned firms inherit the job. Others may have worked their way up the organization or married the boss’s son or daughter. Be especially suspicious of people who declare that they’re “born managers,” however. They can be identified by their total ignorance of management and their supreme confidence that their every decision is right. But how can you masquerade as a real manager? Very easily, as it often turns out. Few managers really take the time to clarify or analyze their objectives, actions, and motives for what they do. If you, on the other hand, spend even a fragment of your work day thinking about what you’re actually doing, you can rise above the rest of the pack. Especially if you maintain steady eye contact, dress neatly, and act sincere. In the words of George Burns, “Sincerity is everything. If you can fake that, you’ve got it made.”

Managers perform many activities. It’s important for you to understand what each one involves so you can set goals, assign tasks, and delegate the authority to get them done right.

The major areas of a business include purchasing, production, sales, and finance. Service and retail businesses, which make no tangible product, still have a core of similar areas (minus production) that are vital to success. In fact, lots of people—especially those who sell insurance-now call services “products” to make them sound less vague and intangible. Bluffers have to understand the role of several key management activities that will help them deal with the major areas of a business successfully.

One of the problems with being a manager is that you have to make decisions from time to time. This can be very troublesome, because decisions can blow up in your face. But do you really have to decide? Sometimes not. If you want to sidestep a decision without looking indecisive, you can often fall back on philosophical quotations such as “Sometimes the best decision is no decision” and “If it works, don’t fix it.”

In any event, don’t be intimidated into making a decision until you’ve analyzed the problem thoroughly.
Most panic decisions deal with symptoms of the problem and overlook the problem itself. If your car has a flat tire tomorrow morning, you could pump it up, but a block or two down the road it’ll probably be flat again. You mistakenly treated the symptom (lack of air), when the actual problem (a hole) went unsolved. Adroit bluffers also tend to let subordinates participate in making decisions. Go down to where the problem is and ask your workers, “What do you think is wrong?” Often, after they’ve recovered from the shock of being treated like people instead of robots, they’ll tell you exactly what’s wrong because they knew it all along. It’s just that you’re the first boss who ever bothered to ask. Follow up the previous question with “What do you think we should do about it?” This may produce several solutions that are worth their weight in gold. The end result is that you’ve shifted the burden of defining problems and solving them from yourself to everybody in your work group. And, if the decision backfires, it’ll be more comforting to be able to stand up and say, “Well, we thought.. .” than to have to take all the blame yourself.

You should be quick to delegate authority for routine decisions to subordinates. Delegation makes you look very professional. It also saves you time because you have to wrestle with only unusual, off-the-wall problems.

And how should you deal with those? Maybe the best thing to do is fall back on the suggestion offered a moment ago: call your subordinates together and have them propose what you should do. Emphasize, of course, that you’re not relinquishing your authority. You’re merely being a democratic leader who believes in lots of employee involvement. It won’t hurt to point out that the Japanese make decisions by consensus and participation, and you’re simply adopting a tried-and-true technique. It’s tough for anybody to dispute the success of the Japanese in the automobile industries these days especially in comparison to the former market leaders – the big 3 American car companies especially General Motors (GM) .

It’s been argued that communication is one of the most valuable tricks of the management trade. Getting a simple message across the way you intended can be harder than it seems. People define words differently, have conflicting sets of priorities, and harbor hidden agendas that conspire to make communicating difficult.
One good rule of thumb is to follow the KISS technique-Keep It Simple, Stupid. Another guideline is to reject meaningless jargon. Because people write and speak to impress as well as to inform, they sometimes feel compelled to make memos and reports sound “businesslike” or profound. The result can be a pompous, indecipherable mess. If you believe you’re the target of a verbal snow job from subordinates, assert yourself by sending back a memo or report to be rewritten. This puts people on notice that you’re a no-nonsense, hard-headed manager who tells it like it is and expects others to do the same.

Accounting is a fairly simple process. It’s mostly a blend of basic math and common sense. The information, however, is often susceptible to manipulation and several interpretations. You can take the advice of former U.S. Supreme Court Justice Robert H. Jackson, who said, “Success depends on knowing what not to believe in accounting.”

As an effective manager you may encounter a mass of incomprehensible figures can cover their confusion with such phrases as: Do you really believe this bottom line is realistic? Have you checked for a recent FASB (Financial Accounting Standards Board) ruling on this? How much could this change between now and the end of the quarter? And Are you sure overhead has been allocated properly? Perhaps the best comment of all, however, is “You’ll have to simplify this so the board of directors will understand it.” That probably means that you’ll be able to understand it too.

It’s important to consider the impact of the notes at the end of accounting reports, because these can reveal situations or conditions that figures tend to hide. For example, one company discreetly admitted that it was so strapped for cash that it had borrowed on the cash surrender value of its president’s life insurance policy. Another’s report celebrated a rise in its stock price, but the cause was the death of its founder and president

He was an autocratic octogenarian well past his prime, and investors apparently believed the business was better off without him. Notes may reveal what the figures conceal. Catchy slogan, isn’t it?

Decision making , delegating , communicating as well as a simper understanding of basic accounting concepts that hold you steadfast in the turmoil of the management quagmire especially when you realize that most of your peers are incompetent .
In most cases they were promoted either for personal or family reasons or as a reward for some behavior or achievement that has little to do with the task at hand

A management career offers many benefits , Most of your collegues in the field are idiots .Enjoy the “ perks” of management