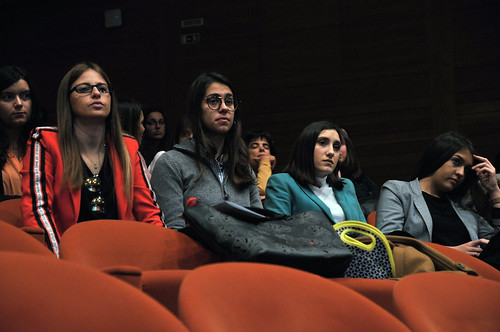 Though I have written a lot on the issue of expatriation to Mexico, one of the most common questions from the “younger crowd” is, “Can I find work?”.

This is, in a way, a pathetic commentary on life in America. Younger people, though those I know will not admit this, are wanting to escape America for the simple reason that, well, life really sucks in America. And, they want out at increasingly younger and younger ages.

“Can I get a job and support myself?”, is what one young woman recently asked me via email.

I answered, “Yes. No. Maybe. I don’t know. Could you repeat the question?”

The ambiguity of my silly reply is rooted in the following.

Now, for the truth:

Americans are working in Mexico (I know a lot of them) without work documents and are doing everything from teaching English to working as delivery people.

Let’s go over this one step at a time.

1.If you had an accounting degree, had worked at Sony in their accounting department, and had a lot of experience handling multi-million dollar accounts, you could be in big demand in Mexico. The reason is that more and more Mexican businesses need English speakers to conduct business in English with America and the rest of the English-speaking world. Let’s say that there was a Mexican national who had the same credentials and who had a 85%-95% English fluency rate. The chances are of you getting that job would be slim—but not impossible!

2.If you had a degree from an American university, and could more or less figure out through your personal research how to teach English to Mexicans, you could very possibly beat out a Mexican national who had an English degree from an American university and was certified to teach ESL. The reason is that you could teach English as a native speaker and the Mexican national could not.

This is all so tricky!

My wife, who has a degree in Education with certification in English, was offered a job at a private university here with an impressive salary. The school would have obtained her work papers for her and even paid her an attractive benefit package. At most, if not all, the private schools that offer English as a Second Language, none of the native speaking English teachers have work documents. I know of one guy who has been teaching in Mexico for 9 years without a work visa.

It gets even trickier!

I know of Australians, Germans, Austrians, Canadians, and Americans who work in positions in Mexico not only without work papers but are working in jobs that Mexican nationals could do.

Confusing? You do not know the half of it.

Though the “law on the books” says one thing, the rule in Mexico is that “people do pretty much want they want and no one ever says anything about it.”

Mexican employers know the law and yet hire Americans routinely and just “pay them under the table in cash”. Private business owners are not routinely hassled by the federal government here. The proof of this is that there are scores of foreigners working in Mexico for private employers without work papers for years and no one bothers them!

I know a owner of a school that teaches ESL. Her husband is a lawyer and best friends with some immigration official. This official will make sure that the Americans employed by his pal’s wife are “overlooked” in the event of a rare and unheard of immigration crackdown.

That is how life operates in his country!

To get work in Mexico all depends on who you know, how you contact them, and how you are willing to treat them. Come across like the stereotypical sour grapes American and you will not get a job. Come across as someone who is loving, caring, and respects Mexican culture and you might get a good job because the Mexican businessperson likes you.

Just remember this: Mexico is a country where “The Right hand never knows or cares what The Left hand is doing.” You will just have to come here and try to get work. You might find some. Then again, you might not!

So, can you get work in Mexico?

“Yes. No. Maybe. I don’t know. Could you repeat the question?”