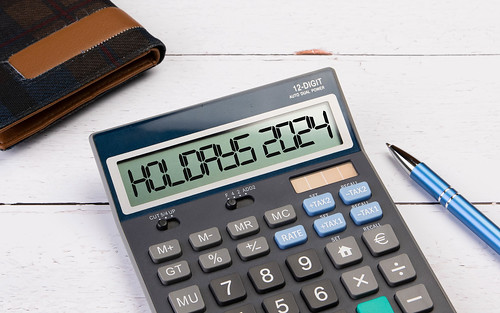 WOBURN, Mass. – Satish Patel has big plans for his Sunbelt Business Sales & Acquisitions franchise in New England, which he started in 2003. Patel, the chief executive officer and president, has grown his franchise to four offices in Massachusetts, and he is looking to expand to another six offices over the next three years.

Sunbelt Business Advisors Network LLC is a national business brokerage firm based in Independence, Ohio, that helps people buy and sell businesses. Sunbelt has 300 offices in the United States as well as in 30 countries and employs 1,500 business brokers. In February 2006, Sunbelt was acquired by Merrymeeting Inc., an investment firm that focuses on acquiring and developing franchised brands.

Sunbelt focuses on: general businesses with gross sales of less than $1 million and fewer than 20 employees, as well as franchise re-sales. Typical brokerage deals are in the $3 million to $30 million range. Sunbelt brokers the sale of about 4,000 businesses annually.

Sunbelt was founded in 1978 by Edward Pendarvis, who remains chairman emeritus. Pendarvis first met Patel at a Sunbelt franchise meeting and said he is in the “upper tier” at Sunbelt because he is able to broker some of the chain’s larger deals. According to Pendarvis, the best brokers are those who have experience in business and understand it, and what makes Patel a good businessman is that he is good at dealing with people.

Patel is originally from outside of Mumbai and came to the United States about 20 years ago. He has a degree in international management from the Maharaja Sayajirao University in Baroda, India, and an accounting degree from California State University, Fullerton. He is also a charter member of The Indus Entrepreneurs.

He is a certified public accountant and after about 10 years in accounting, he became his brother’s chief financial officer at his software start-up, helping sales reach $10 million and arranging for the sale of the company in 2000.

He became involved in helping his wife’s small chain of retail stores, which grew to about a dozen, and was later sold to a public company.

Patel said when he and his wife were looking for someone to represent them in selling their retail chain, he could not find anyone who was qualified to handle a large transaction like this, or someone he could trust. This stuck in his mind, and he began researching and looking into this business sector.

Patel said he likes the broker business because it is challenging, complicated, and there are not many good brokers out there. He added that being a business broker is about the process, through which finding the right buyer can reap the maximum value for a company.

“Our goal always is to find multiple people bidding on the same company and as a result, we try to get the maximum price for the company,” he said.

“Our goal is basically to open about 10 offices throughout the New England territory. And that’s our territory,” he said.

Patel said his Sunbelt franchise focuses on smaller businesses, which account for 50 percent of his franchise’s revenue. The other 50 percent comes from larger deals, which is the mergers and acquisitions side of the business that focuses on deals worth over $5 million.

The fact that Patel’s Sunbelt franchise also focuses on mergers and acquisitions puts it at an advantage since few similar companies have divisions for business brokerage, as well as mergers and acquisitions, he said. The difference between a merger-and-acquisition buyer and a business-broker buyer is that a merger-and-acquisition buyer has a more strategic outlook. For example the goal in a sale could be to add another product line. A business broker wants to buy a business that will give clients a job running a business such as a convenience store or pizza shop.

Patel added that by being able to accommodate both types of buyers gives his business has an advantage because.

Patel said that it normally takes about nine months to sell a smaller business.

He added that his Sunbelt franchise is also selective about which businesses it chooses to represent because they work on commission. If a business is does not have the potential for sale or is overpriced, Patel will not take it.

As a long-term goal, Patel said he wants his franchise to also serve as an investment banking firm that provides small- to mid-sized businesses with services like consulting, financing and help to make the transaction move smoothly even after the business is sold, whether someone is interested in selling or acquiring. Patel said he sees it as a one-stop service for small- to mid-sized companies.

According to Patel, his Sunbelt franchise has sold hundreds of businesses since it started. Last year, the franchise received an award for closing the largest deal of any Sunbelt office. Patel said the deal involved a building material supply company that was sold for over $50 million.

Patel also owns part of Sunbelt’s India territory, and he plans to open an office in Mumbai and possibly another in the state of Gujarat He said there are a lot of cross-border transactions taking place right now between Indian and American companies, and he wants his franchise to become the main officer to deal with these transactions through Sunbelt’s network.