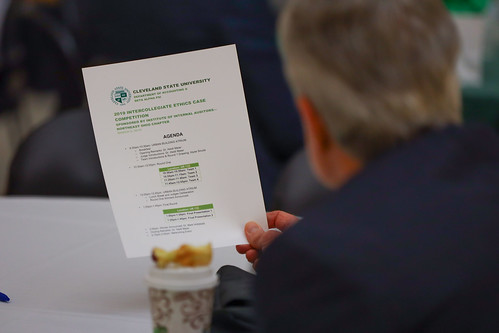 If you watched the Super Bowl, you know that Janet Jackson revealed one of two things. She revealed how silly and paranoid otherwise normal human beings can get. Unfortunately, she did not reveal how bored we have become with run-of-the-mill celebrity nudity. Had she revealed both things, like most celebrities, we probably would still be yawning.
Let’s do the math. There are 6,517 celebrities, according to the Celebrity Census Bureau, applying the official “celebrity accounting method”.
Of those, 86.5* are “revolting”, again using the CCB’s “celebrity accounting method”, so nobody really wants to pay attention to their finer details.
Of the remaining 6,430.5 celebrities, 3,729.5* are male, using no particular accounting method. Who cares if they flash their front bumpers?
Of the remaining 2,701, 2100 pose in their birthday suits often, usually after their plastic surgeon makes a regularly scheduled emergency house call.
Of the remaining 601, just 79 have yet to wear their birthday suits in public, leading to persistent rumors of an undercover plot.
In February, 2004, the plot was uncovered. Janet’s Jackson’s exposure became the all-time top Internet search — surpassing even the September 11 attack on America. Even Osama’s sinister terrorists could not banish Americans to cyberspace as effectively as Janet Jackson, who obviously found a way to evade pop-up blockers.
Fortunately, nobody died from Janet Jackson’s stunt. If only we could convince Osama to adopt the “Janet Jackson Method” in the future, we would all be much safer.
Which brings me to the point of this article: what’s the big deal? Celebrity # 2623 reveals that she is almost as feminine as her brother. Big whoop-dee-do.
The Grammy Award organizers imposed a ten-second audio delay to prevent other celebrities from also seeking publicity. What?!? Isn’t that what celebrities do? Isn’t that their contribution to society? Garbage collectors collect garbage so we don’t die of disease. Farmers grow food so we don’t die of starvation. Celebrities seek publicity so we don’t die of boredom.
Maybe it’s just me, but I didn’t know that part of the body had an audio track.
If they institute a ten-second audio delay, they should at least make it interesting. I say add a 30-second video delay, too. And why not make it really interesting? I’m a big fan of audience participation. Why not ask the audience for a one-minute applause delay?
Of course, there was the predictable outcry about “the children”. That outcry did not extend to the commercials. Like the one about the male potency drug. Or the one with children swearing.
This being a family column, I can’t even pick on those commercials, which is the most frustrating torture a humor columnist can endure. Aaaarrrgh!
And did anybody notice what repugnant violence they slipped in around the commercials? Football. — where half the players on each team exist just to bash into half the players on the other team. They are not even supposed to touch the ball. They are strictly there to maintain the required quota of violence. No outcry there.
And what about the streaker? Did you notice the security guards chasing him out onto the field so that everyone could get a good look at his birthday suit? Why didn’t they chase him in the other direction? Did they accept a little payola? Who’s investigating them? Where’s the outcry?
When Janet Jackson showed just how deep her cleavage runs, where were the security guards? A conspiracy, perhaps? More payola? Or perhaps they knew the difference between full frontal (and backal and sidal) nudity on the one hand and just a little teasing in the other?
If you worry about “the children”, why not get your kids decontaminated? Turn on a nice, wholesome station whose entire existence is dedicated to serving America’s youth: MTV.
* Michael Jackson