﻿Then There Was Light – history of multimedia projectors 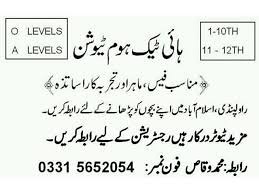 The history of multimedia projectors dates back to as far as 1420. This idea came from Johannes de Fontana who envisioned in a drawing a sketch of a monk holding a lantern. In the side of a lantern was a small translucent window that had an image of a devil holding a lance. Probably drawn on a thin sheet of bone and with the help of a lens, the image was projected onto a wall by the lantern’s flame.

Several years later, this idea became the inspiration of other inventors who probably were the first inventors of the projection model. They are Pierre Fournier from France in 1515; Giovanni Battista della Porta of Italy (1589); Athansius Kircher of Germany (1646); Christiaan Huygens of Holland (1659); Thomas Rasmusser Walgenstein of (1660) Denmark; and Claude Millet of France (1674).

The “magic lanterns” of those days (as described by Kircher) were kerosene-fired slide projectors, which were large, bulky, complex objects, made of glass, paint, wood and metal. The others had built-in mechanical features, such as pulleys and winches so the projected images were given a crude version of animation.

We can say that the history of multimedia projectors actually started in the mid-90 with scientists and engineers working hand in hand to develop a projector that is handy but reliable. The newest technology they were able to develop was digital processing. Applying principles of digital processing to projectors led to the development of digital light processing (DLP). DLP takes on the power of 1.3 million microscopic mirrors hinged on a digital micromirror device (DMD) chip. The early DLP projectors produced grainy image but this technology has greatly improved since then.

In 1996, In Focus Systems answered the call for portable, wireless multimedia projectors that are user friendly and can present any combination of computer graphics, with audio/video. They were the first to develop the SVGA projector using DLP technology.