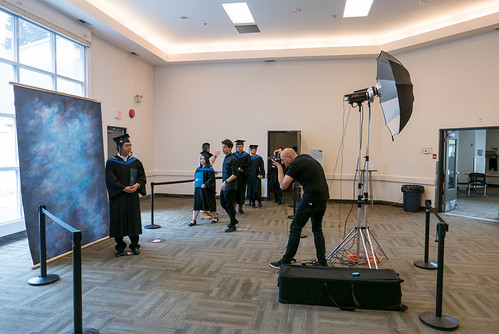 Until the 1950’s, Hollywood was controlled by seven major motion picture studios. More importantly it was controlled by moguls, all of whom were men they of eastern European descent, who ruled the studio in the same way that the kings of their previous countries ruled the peasants. Creative control belonged to the mogul, while the money was always controlled by the New York bankers, the so-called “Suits”.

This power alignment began with the beginning of Hollywood prior to 1920, and continued for 40 plus years. What held it intact was the caste system, whereby the stars were controlled by individual studios. They were paid on a yearly basis, and had no say whatsoever in the movies they would appear in. In essence they were slaves to the system, not very different from how baseball players were handled until the Supreme Court outlawed career-long captive players.

The Hollywood caste system began to crack in the 1950’s, when Kirk Douglas, the father of Michael Douglas went independent, and formed one of the first independent film companies called Bryna, for his mother. They produced the “Vikings”, “Spartacus”, and “Seven Days in May”. The so called Studio system was now dead. Power shifted to the individual actors, who became BRAND NAMES in their own right.

Two developments began in the 1960’s. The Hollywood studios would be taken over by corporations, and then reacquired by giant multinational corporations seeking world-wide influence. The second development was that the stars began to exercise their power. Giant multinationals like Sony, Newscorp, and Viacom hated the fact that stars had so much power. In the last ten years, A-List actors like Tom Cruise, Johnny Depp, and Robert Redford started to receive profit participations, which the studios only gave begrudgingly.

At first it didn’t matter because Hollywood accounting is such that somehow the studios could always show a loss on the movie. The stars got wise to that very quickly, and started taking front end participations, a percentage of the ticket when movie goers bought their tickets. In my 35 years on Wall Street, I participated in financing many movies, and I have to tell you that nobody ever made money on the backend. No matter how big the movie, somehow the movie always lost money when it came to the backend participations.

We have now reached a point where the giant multinationals that control media on a world wide basis are fed up with what they are putting up with on behalf of brand name stars. Mel Gibson as you know has run into trouble on the West Coast with his drinking, and purported anti-Semitic remarks resulting in Disney canceling a Holocaust series with Gibson’s production company.

Now Tom Cruise has had a falling out with Sumner Redstone, and Viacom. Publicly Redstone has stated he doesn’t like some of Cruise’s actions in the last year. This doesn’t make sense. Normally when a studio breaks with a star, there is no public statement. None is required to be given, and they just part ways. This is more personal.

It is rumored that Viacom had offered Cruise a $2 million production deal, down from $4 million in the previous deal, plus a $6 million fund for the development of movie projects. Here’s the real deal. Tom Cruise did “Mission Impossible III” for Viacom, the movie grosses near $400 million world-wide. Cruise had negotiated as a fee, 25% of Viacom’s gross revenue on the movie.

In the end Redstone will last laugh, why you ask? There’s still Hollywood accounting to deal with. Remember that all the original Hollywood studios were sold off into the hands of multinational corporations (MNC’s). Do you really think the MNC’s bought the studios for the theater gross? Absolutely not. In reality movie ticket sales represent a third of a movie’s earnings power. Viacom can lose money on a picture, and still make a fortune on DVD sales (a third), and future television and cable rights (a third).

The MNC’s have never shared profits on these other two-thirds of the revenue, and they never will. They refuse to even discuss it, and the numbers are buried deep in the corporation’s financial statements. They are never broken out, and they are kept secret. Viacom has made, and will make hundreds of millions of dollars on Mission Impossible III.

Redstone got fed up and threw Cruise off the lot. There are now statements being made by Cruise’s production partner Paula Wagner. She says that Cruise is raising $200 million from hedge funds to fund Cruise’s future projects. Wait until these Wall Street hedge fund types learn about Hollywood accounting. They are going to lose their shirts funding movies. This is not an industry that Wall Street should want to get involved with. Losing your shirt is one thing, but not even knowing that you have lost it until you are standing naked in the street is quite another.